Texas and California Have Large Amounts of Renewable Energy 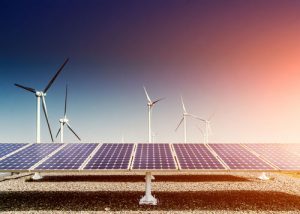 Solar and wind power are coming online at rates unforeseen only a few years ago. That’s a good thing if your goal is to decarbonize the energy sector.

In places with abundant wind and solar resources, like Texas and California, the price of electricity is dipping more and more frequently into negative territory. In other words, utilities that operate big fossil-fuel or nuclear plants, which are very costly to switch off and ramp up again, are running into problems when wind and solar farms are generating at their peaks. With too much energy supply to the grid, spot prices for power turn negative and utilities are forced to pay grid operators to take power off their hands.

That’s happened on about a dozen days over the past year in sunny Southern California, according to data from Bloomberg, and it’s liable to happen more often in the future. “In Texas, power at one major hub traded below zero for almost 50 hours in November and again in March,” according to the state’s grid operator. In Germany, negative energy prices have become commonplace, dramatically slashing utility revenues despite renewable energy subsidies that bolster electricity prices much more than in the United States.

This article was originally posted on Technologyreview.com.