The Age of Renewable Energy 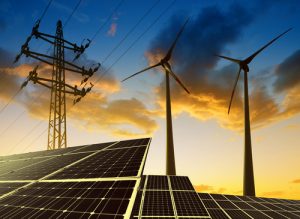 The peak year for coal, gas, and oil looks to be 2025, and then it’s all downhill from there. For big oil guys, at least. “You can’t fight the future,” says lead researcher, Seb Henbest. “The economics are increasingly locked in.”

Released on Monday, Bloomberg’s New Energy Outlook report has found that US$11.4 trillion will be invested in new energy sources over the next 25 years, and two thirds of that will go towards renewables, particularly wind and solar.

Any new coal plants will mostly be cropping up in India and other emerging markets in Asia.

“Cheaper coal and cheaper gas will not derail the transformation and decarbonisation of the world’s power systems. By 2040, zero-emission energy sources will make up 60 percent of installed capacity.

Wind and solar will account for 64 percent of the 8.6TW [1 Terawatt = 1,000 Gigawatts] of new power generating capacity added worldwide over the next 25 years, and for almost 60 percent of the $11.4 trillion invested.”

The report predicts that coal, gas, and oil will peak by 2025, and will hit its final decline even sooner than that, concluding that, “coal and gas will begin their terminal decline in less than a decade”.

By 2027, the real tipping point will occur, when fossil fuels will be well and truly on the decline and renewables have been established long enough that they’ll likely be generating energy more cheaply than existing coal, gas, and oil refineries. And there’s nothing quite like a cheaper price to accelerate an industry even further.

Let’s just take a moment and think about that for a second. For the first time since humanity fell in love with producing crazy amounts of energy to give us such luxuries as cars, electricity, industrial-level food production, and overseas vacations, we’ve figured out how to do it without stomping all over the environment in the process.

We’re not there yet, but the writing is well and truly on the wall, and that’s a pretty phenomenal achievement by researchers all over the world who have been working their butts off to make renewable technologies viable on a massive scale – even more viable than fossil fuels.

This article was originally posted on ScienceAlert.com.