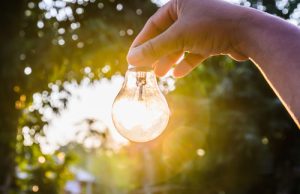 China is installing more solar than ever, molten salt is being used as a battery to generate electricity in Nevada, and a plane just flew all the way around the world using nothing but solar power. Here are six signs that a global shift towards renewable, clean energy is happening right now.

The importance of solar energy is increasing with depleting natural resources, and even more so as the once looming threats of climate change now show themselves in the form of devastating ecosystem collapse, scalding hot temperatures, protracted droughts, and raging wildfires.

Tell-tale signs of climate change are becoming more evident all around the world, but the good news is that there are also indications of a global effort to transition from dirty energy to clean energy. Here are six promising signs that have recently been in the news:

China has installed 20 gigawatts of new solar power just in the first half of this year. To put that number in perspective, in just six months they’ve increased the cumulative solar power of the entire country by about 50%.

The Crescent Dunes “concentrating solar power” plant in Nevada is using molten salt as a battery so that it can generate electricity 24/7.

Economists have now demonstrated what we solar panel owners have known all along: people who put photovoltaic panels on their roofs actually save money for all the ratepayers.

A plane just flew all the way around the world using nothing but solar power.

This article originally posted on Powur.com.