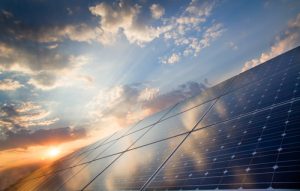 Corporate and industrial (C&I) power purchasing agreements (PPAs) are on fire. Although only a handful of companies, universities, and government agencies have executed on PPAs, interest in this contracting mechanism has exploded. Two weeks ago, Bloomberg shared its list of the top 20 institutional renewable energy users in a catalyzing article pointing to the valuable role that organizational purchasers play in shifting the grid to green.

Why all the buzz? PPAs offer several valuable benefits to organizations, including the ability to lock-in a low price for power over a 10-20 year period. In a volatile energy market, this reason alone is compelling. PPAs also provide significant reputational benefits. Companies that contract on PPAs can claim that they are making material additions to renewable energy market development and that they are using green power—which is valuable when so many companies are setting aggressive carbon-reduction goals.

In the age of the sexy PPA, good old-fashioned renewable energy certificates (RECs) look rather humdrum indeed. However, one of the most common misconceptions of PPAs is how companies can make green power claims. As it turns out, PPAs rely on RECs—or other energy attribute certificates (EACs)—to convey the environmental attributes of the power they produce. Virtual PPAs, in which a buyer and the project it contracts with do not need to share a geographic grid, are, in effect, long-term, complex REC transactions.

This article originally posted on LinkedIn.com.