Denver Chamber of Commerce Teams Up With Quantum Energy 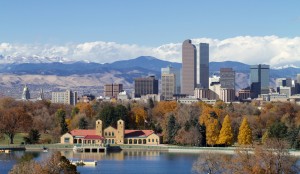 “When it comes to green energy, the Denver Metro Chamber of Commerce is upping the ante — to the roof of its LoDo headquarters.

The chamber long has been an advocate of investment in renewable energy. Now it is in the process of setting up its own system.

By next month, the chamber plans to flip the switch and begin generating electricity from a series of photovoltaic solar panels and small wind turbines atop its building at 1445 Market St.

“We really want to be able to walk the talk,” said Holli Riebel, chief operating officer of the chamber.

The project is expected to garner plenty of attention — not from the solar panels, which are now commonplace, but from the notion of placing wind turbines in urban locations.

Few such systems exist, largely because the wind in cities tends not to blow enough to make wind power cost-effective.”

This article was originally posted on denverpost.com

Renewable Energy is the Future While Fossil Fuels are Becoming a Thing of the Past
July 15, 2016
What Others Are Saying
Go to Top