95% of Germany’s Energy Provided by Renewables 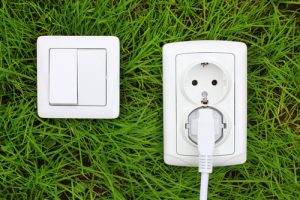 If Germany can do it, so can the rest of the world.

We’re hearing plenty of encouraging stories about the growth of renewable energy and a reduction on our reliance on fossil fuels, but it’s sometimes difficult to see the bigger picture.

So how’s this for a benchmark: Sunday, 8 May, at 11am in the morning, 95 percent of Germany’s power demands were met by renewable energy sources—quite an achievement for one of the most developed and industrialized nations in the world.

Germany is in the middle of an initiative called Energiewende (“energy transition”), through which the government hopes to reduce greenhouse gas emissions by 80 to 95 percent and hit a target of a 60 percent share for renewable energy sources before 2050.

This recent milestone is certainly promising, but to hit 60 percent year-round, Germany needs to improve the efficiency of its technology and find new ways of storing energy for days that aren’t so sunny and windy. It’s the same challenge facing countries across the world.